Taking a look into the most significant events of the global history and present-day, large-format sand works of art in Jelgava will honour major achievements of Latvians — Marko Rothko, “Minox” camera, prototype of Crocodile Dundee, “Levis” jeans, Kristaps Porziņģis, etc. Celebrating 15 years since the first sand sculpture festival in Jelgava and continuing the format that was started past year, the largest sand sculpture park in the Baltic will be open throughout summer for people of Jelgava and guests of the city. The park will be opened on 19th June.

An idea holds great power. Yet the right time and place is of even bigger significance, as historical footprints are made and legends are born. Exactly ideas of this kind have been marked in the world map by people of our country — Latvians. Telling about legends — significant events in history and nowadays. The theme of the sand sculpture park this year is “Latvians in the World — from an Idea to a Legend”.

As with the legendary inventions and works of Latvians, an idea was the beginning of the sand sculpture park 15 years ago, which now has materialized as the largest sand sculpture park in the Baltic Over 218 sculptures have been made during the festivals by 97 professional sculptors from 25 countries. The festival themes explored in these 15 years include “Court Banquet”, which was devoted to the 270th anniversary of the Jelgava Castle, Miracle World, Travel in Time, Circus, Sports Spirit, Golden Age, Cinema, the Future in 750 Years, Africa, Theatre, Animal World, Antique World and Jelgava 755. 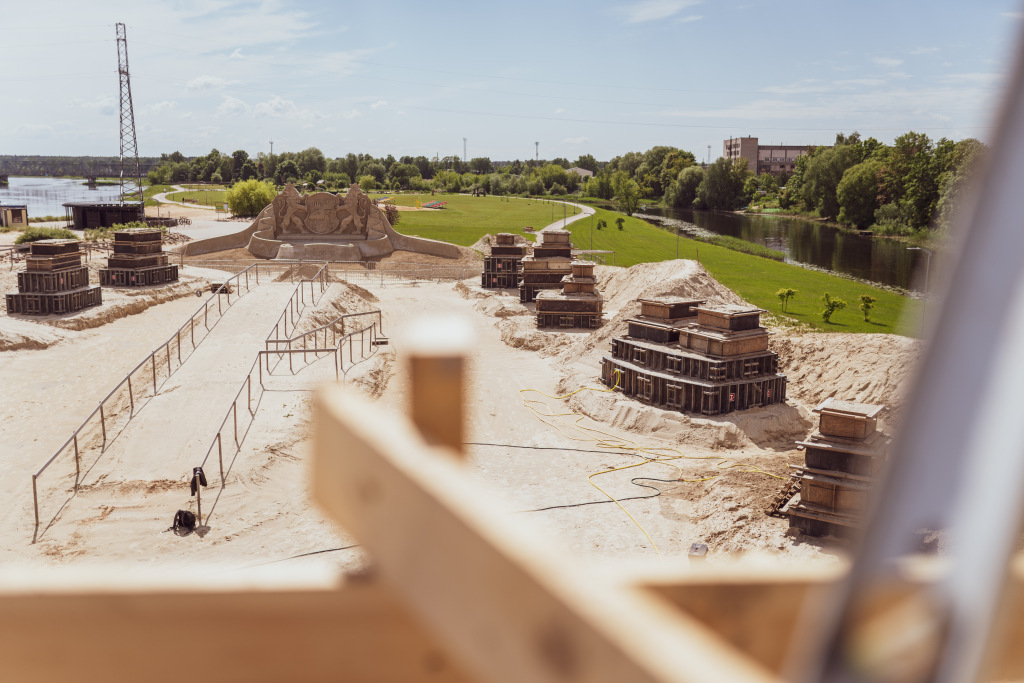 Also this year’s author and leader of the artistic concept is one of the most titled sculptors in the world Kārlis Īle who will be creating an astonishing sand art world in Jelgava together with 6 artists from Latvia. The artists will start working on creation of sculptures already on 2 June.

Paying special honour to significant achievements of Latvians, this year it will be possible to view some of the largest sand sculptures created in Jelgava to date. the largest and also tallest work of art will be the park’s demo sculpture, which will be over 6 meters wide and 6 meters tall, depicting the basketball player Kristaps Porziņģis. 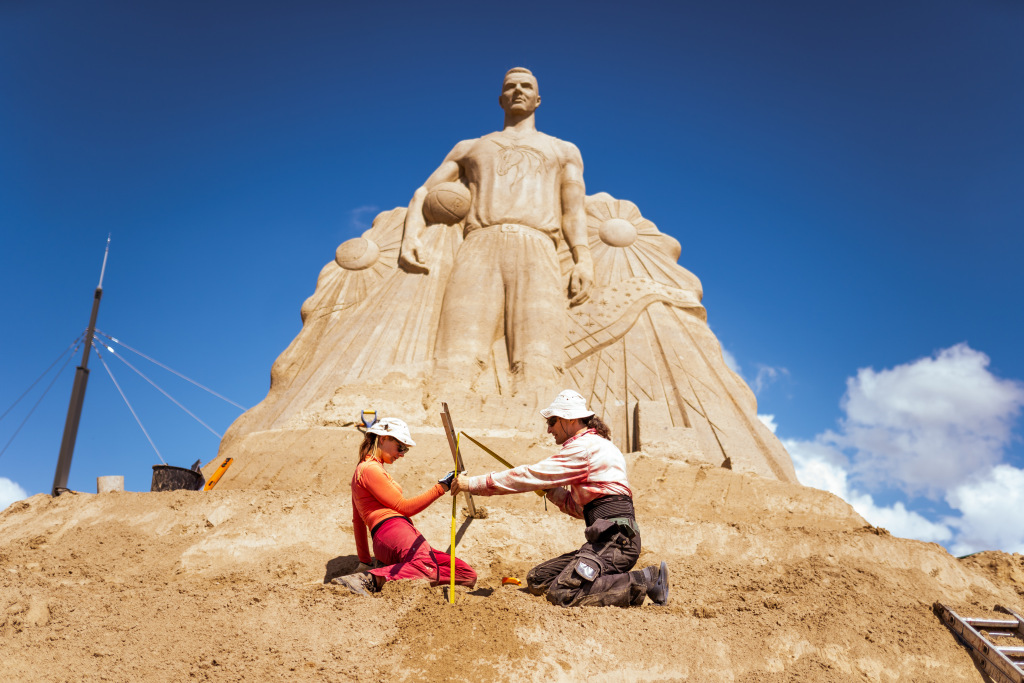 From an idea to a legend!

To get to know the achievements of Latvians that made history worldwide, this year at the Jelgava sand sculpture park we will be able to face such legends and inventions as the “Minox” camera created by Walter Zapp (Valters Caps); Crocodile Dundee’s prototype Arvīds Blūmentāls; the “Porche” brand created more than 20 years ago by Anatole Lapine (Anatols Lapins); creator of portraits of Marilyn Monroe, Dalí and Albert Einstein — Philippe Halsman (Filips Halsmans); the first woman to bicycle around the world Annie Kopchovsky (Anna Kopčovska); the first hologram in the world created by Juris Upatnieks; Marko Rothko; owner of the tobacco pipe design patent Kārlis Pētersons, and others.

In addition to the historical events not included in sculptures, multiple tablets and photo objects will be added to the park’s territory, displaying achievements of Latvians worldwide. 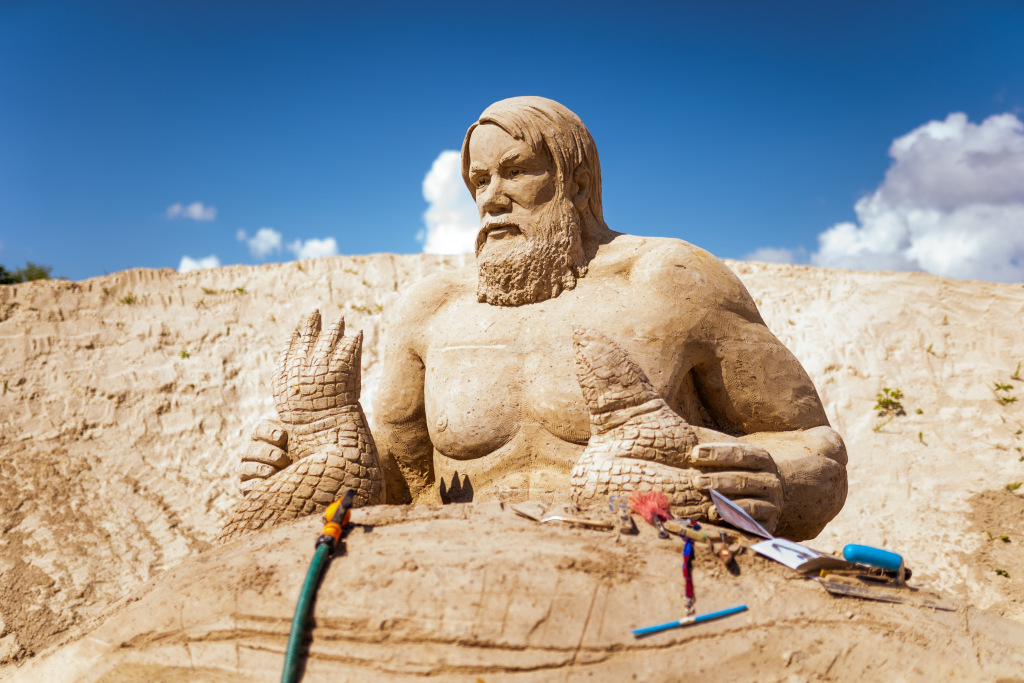 Preparation and compaction of technical foundations was commenced on 5 May in Jelgava, Pasta Island so that the artists could start working on making their sand works of art already on 2 June. Restoration work will also be carried out until 22 May — on the demo sculpture made last year — the big coat of arms of Jelgava city, preparing it for the Jelgava city festival, coming to culmination on 28-29 May. The park will be open from 19 June throughout the summer.

After opening of the park, alongside the already created sculptures, artists will continue working to add new sculpture miracles, allowing all people living in any visiting Jelgava to have a look into the process of creating sand art.

The International Sand Sculpture Park is developed by Jelgava city and the establishment “Kultūra”, and is supported by SIA “Ramirent”.

In Jelgava, sand sculpture park is taking its shape! 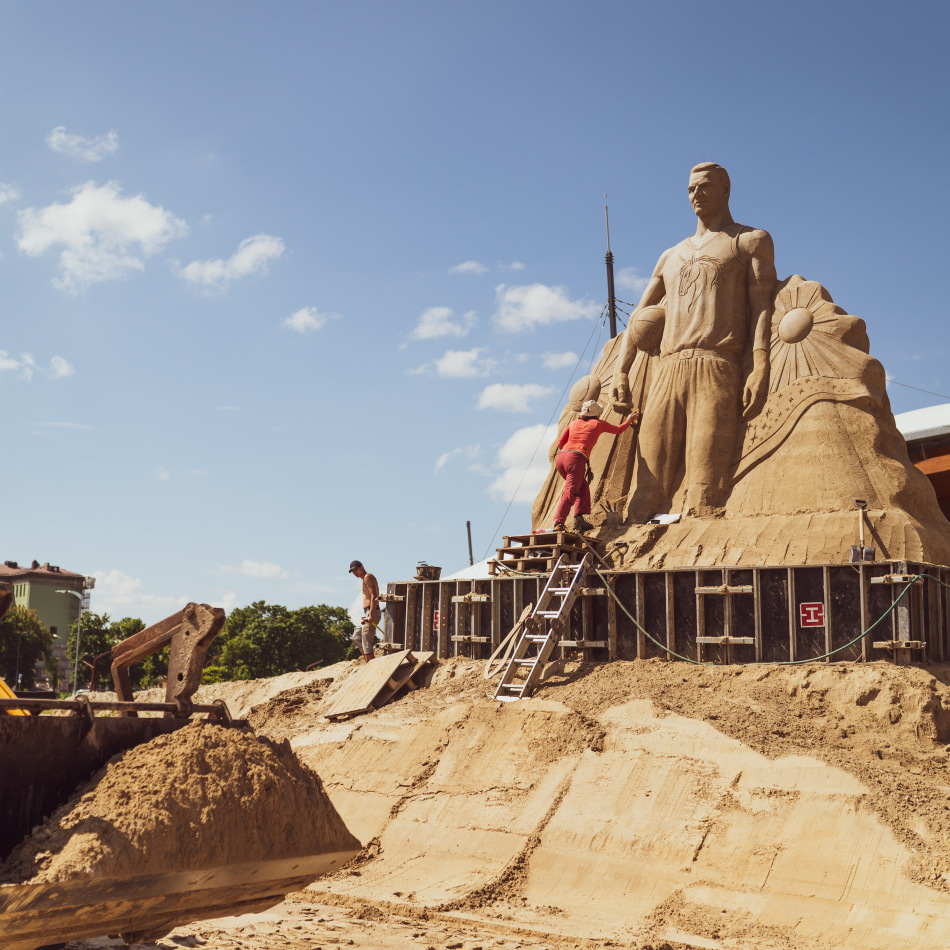 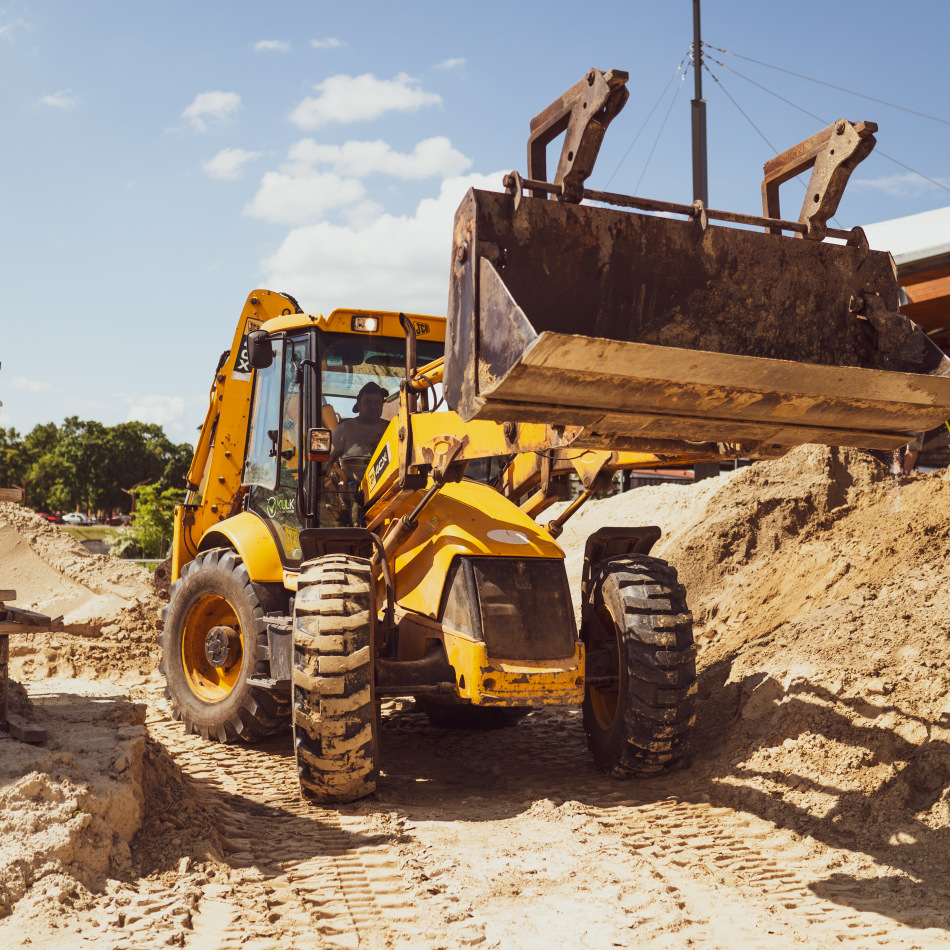 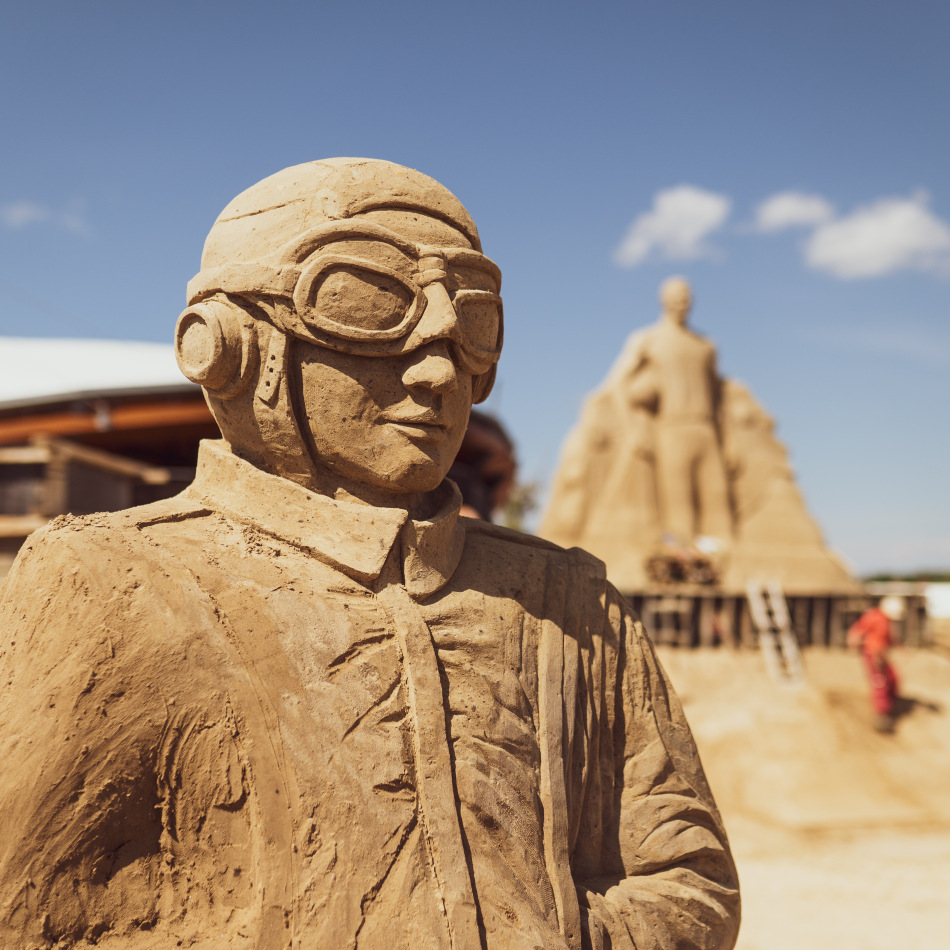 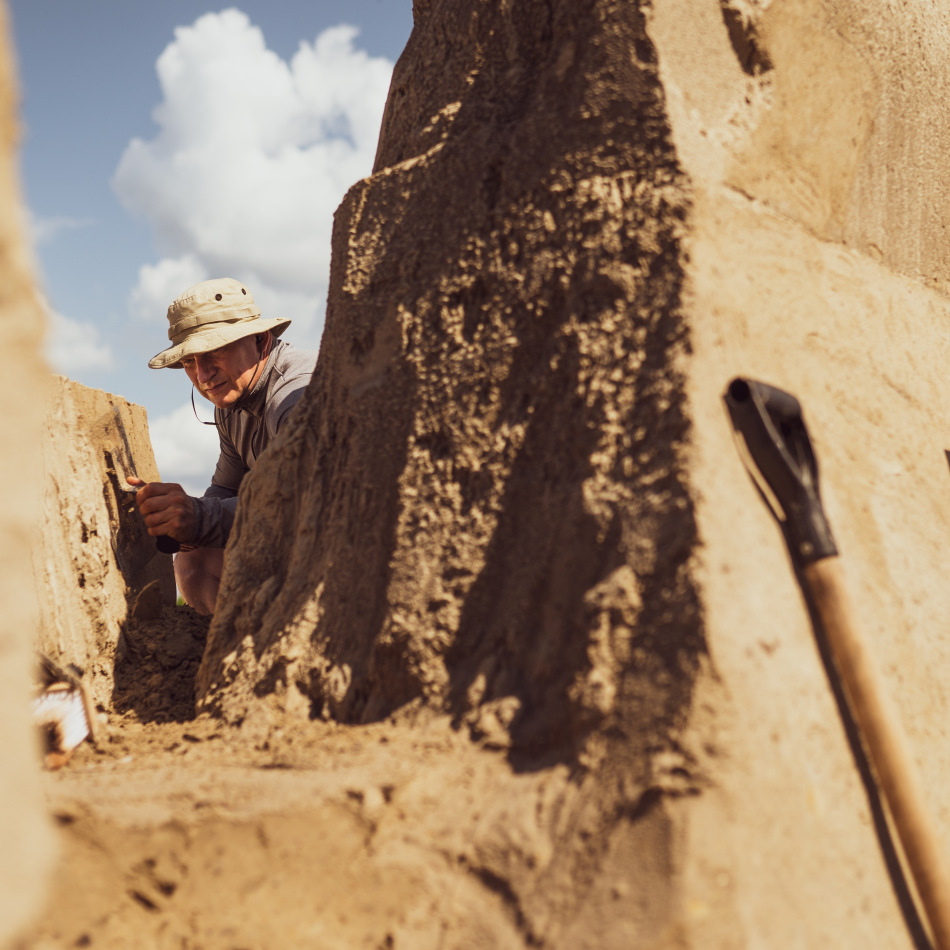 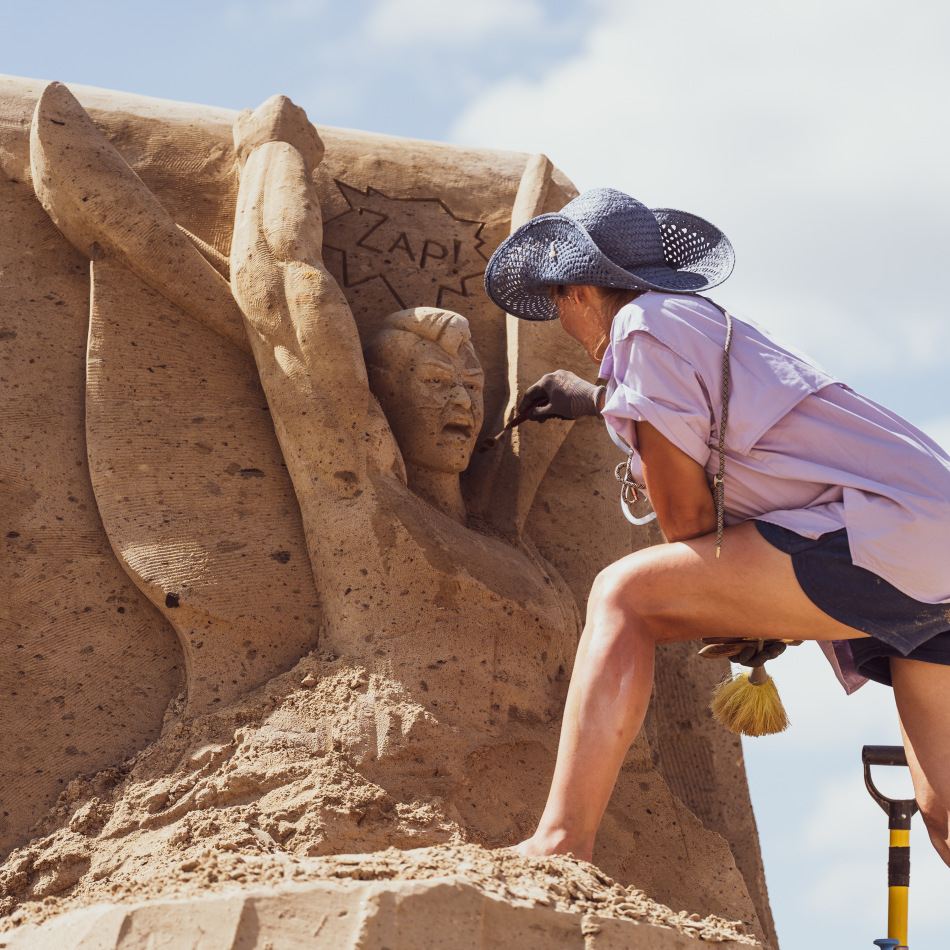 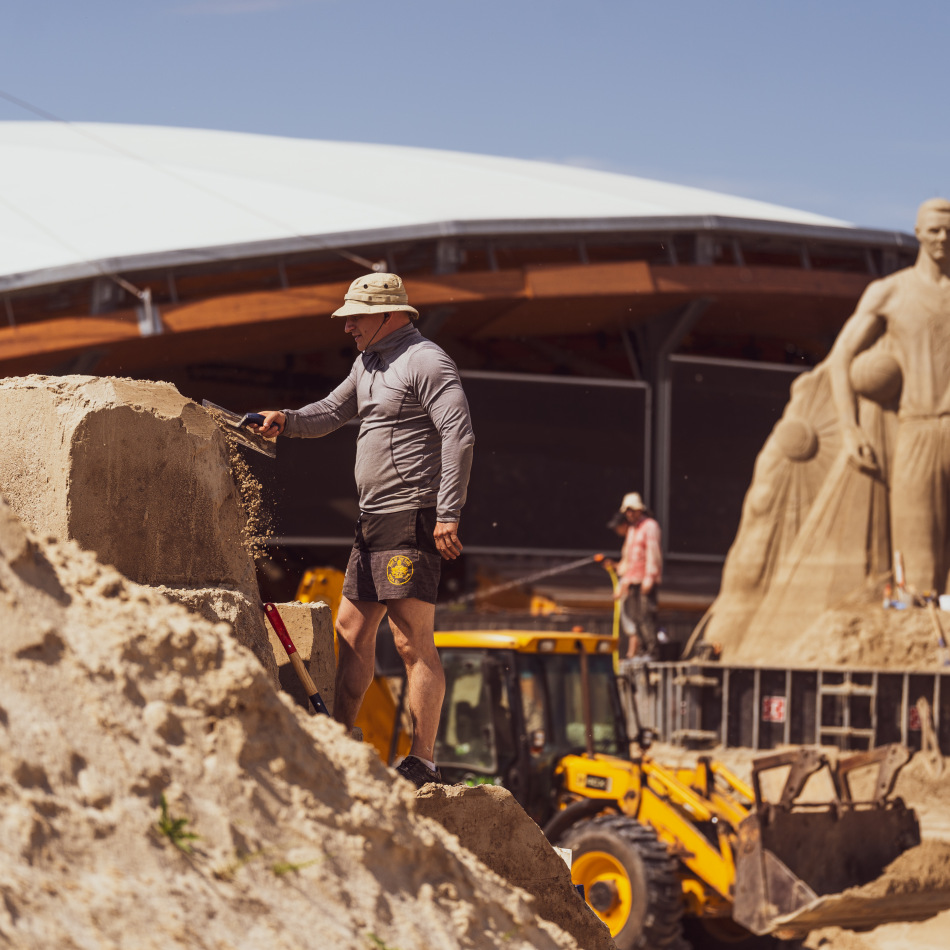 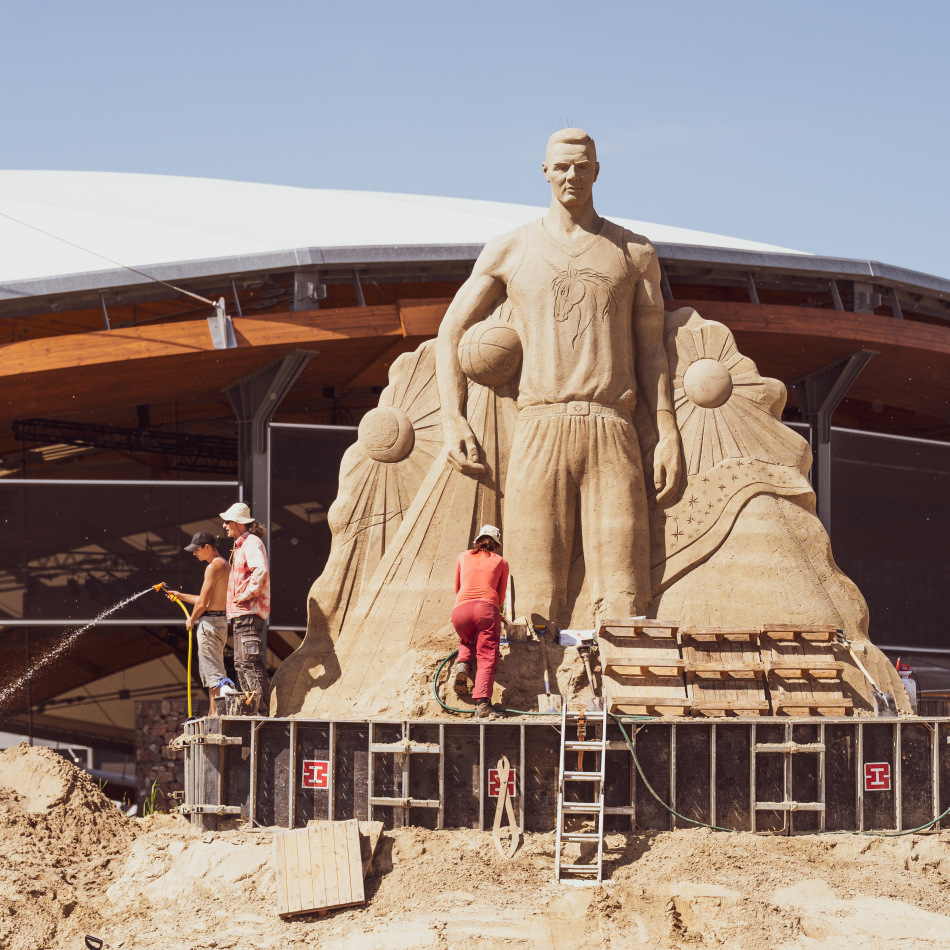 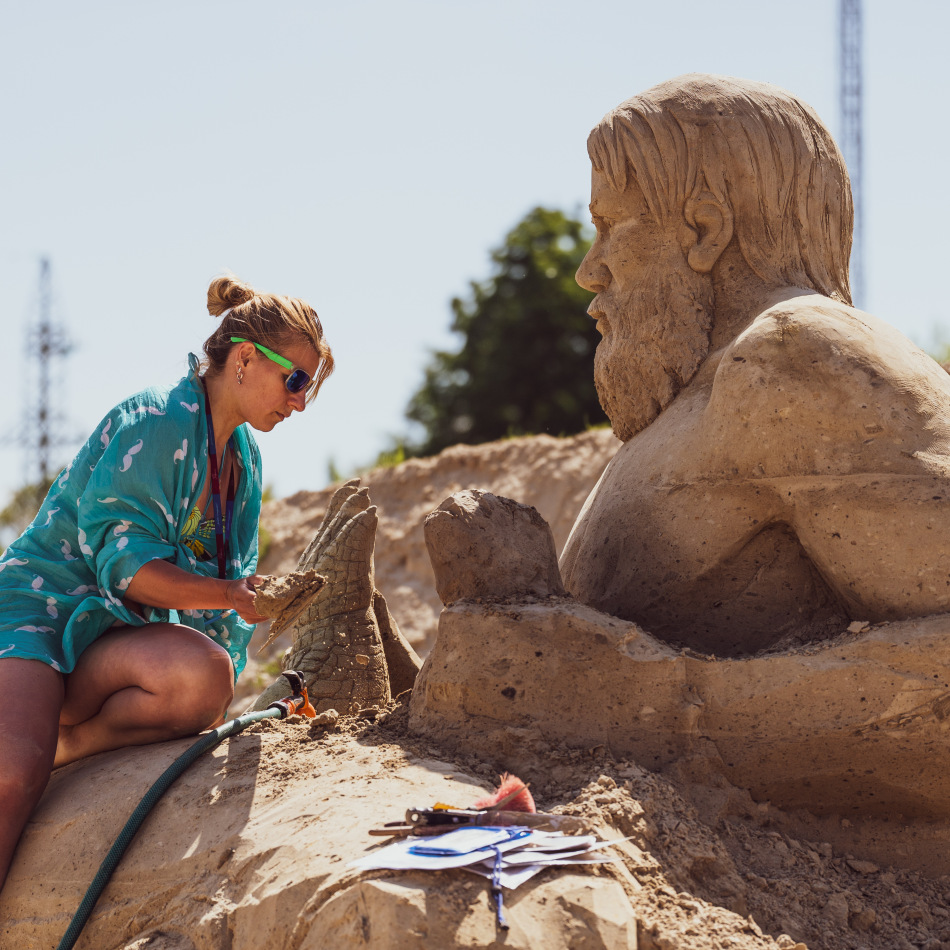 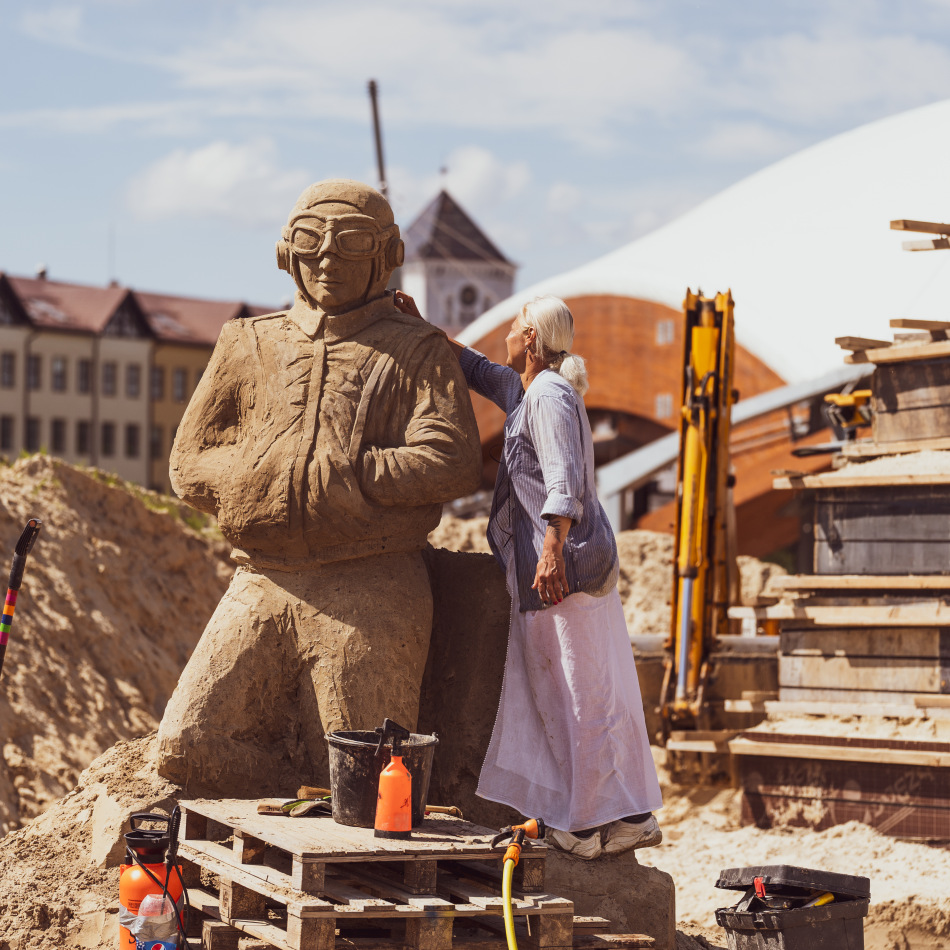 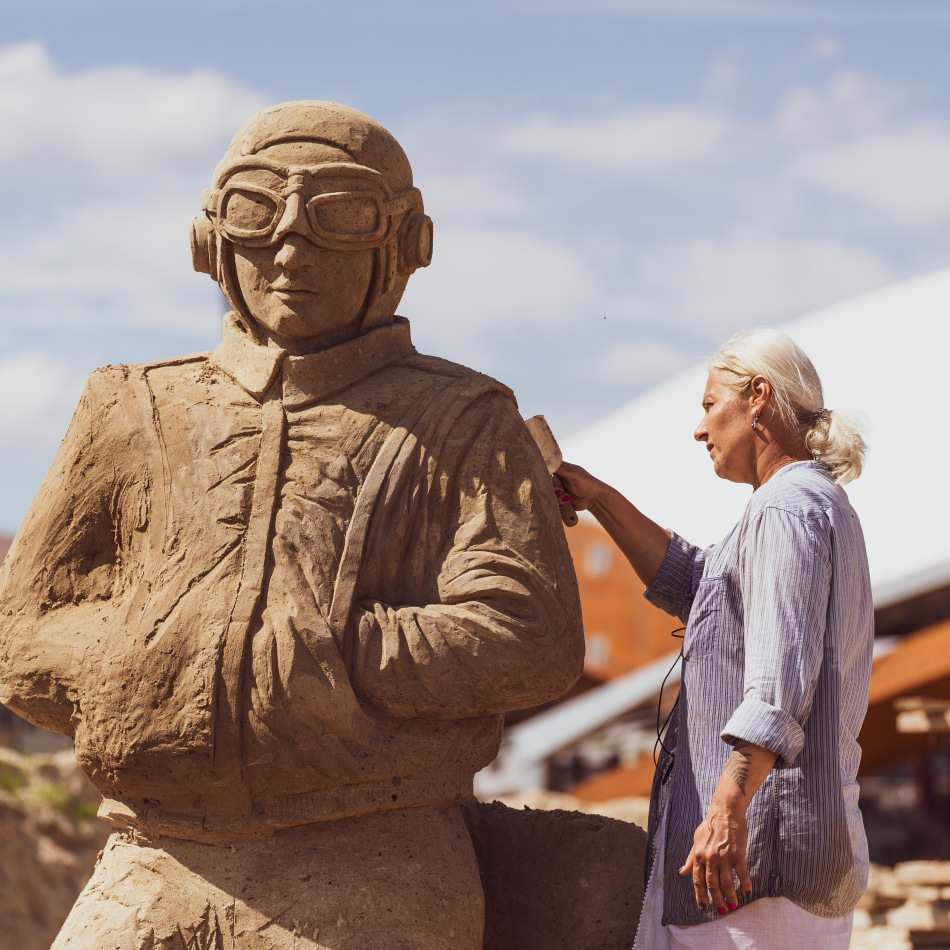 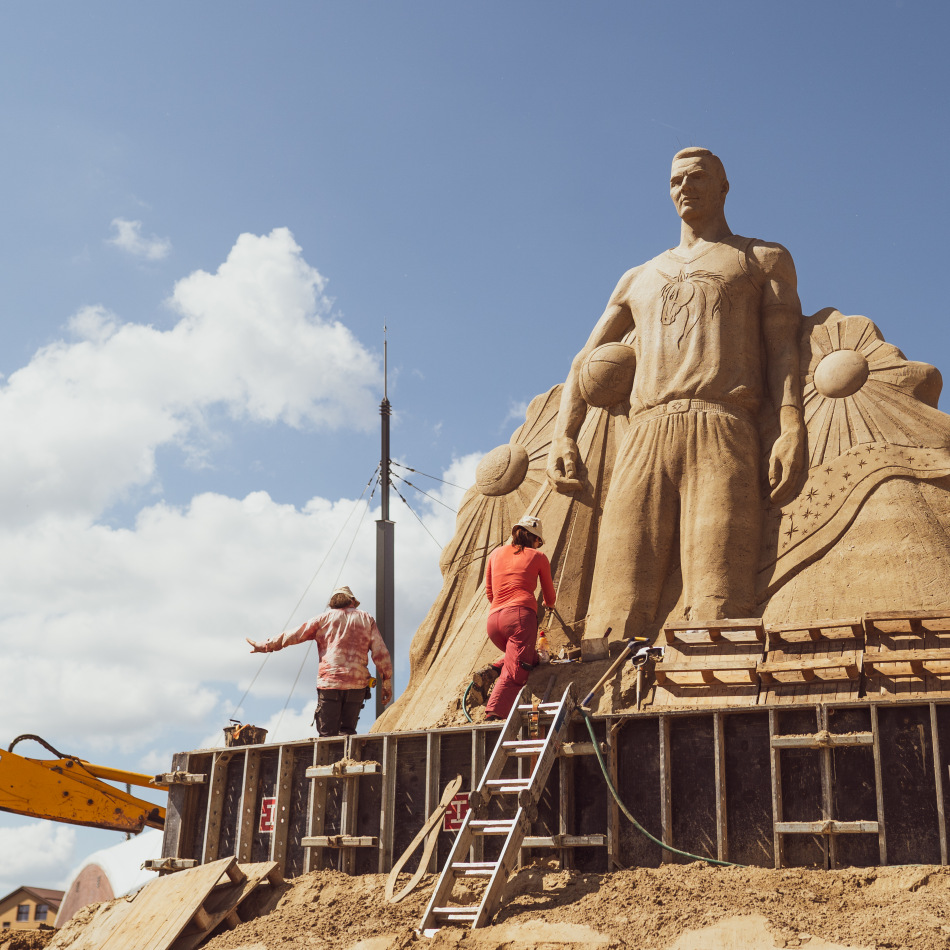 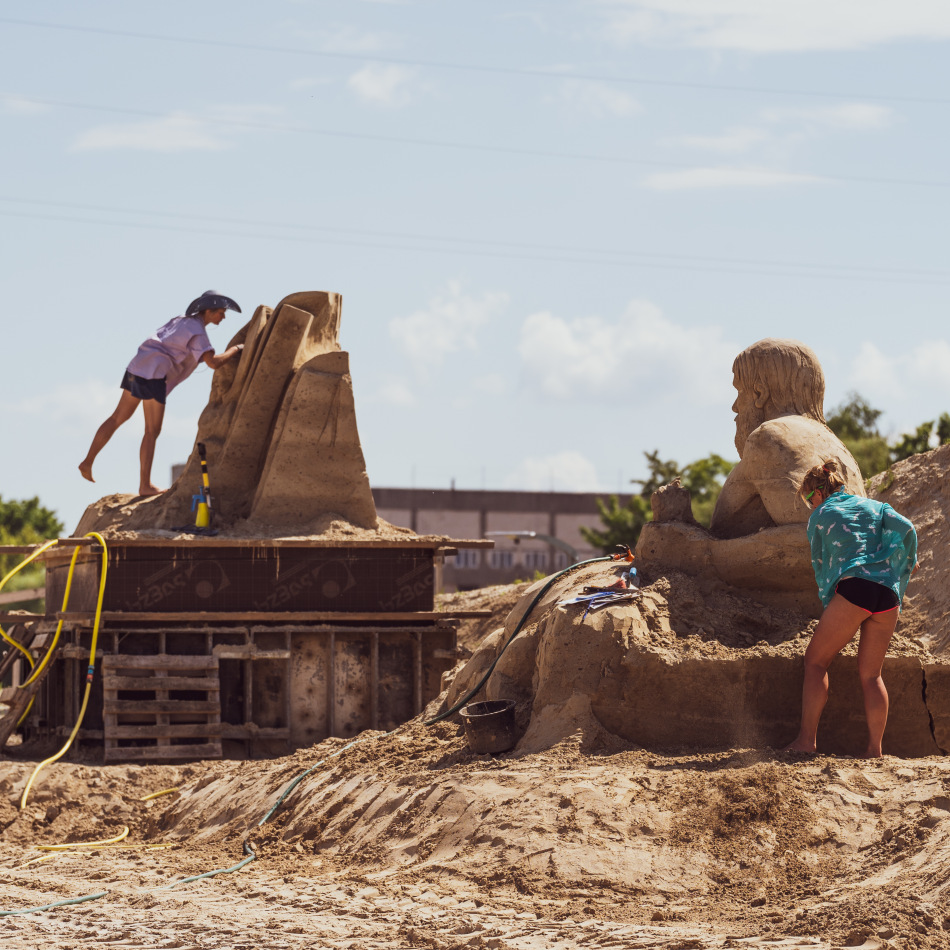